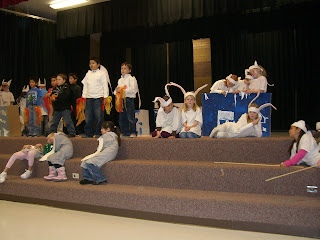 Kirsten's 2nd grade class did an opera on artic animals. They did research on the animals habitat, activities, food, etc first, then decided who was going to be what, costumes and set. Then they made up songs for their parts. In summary: the individual animals were all in the snow and ice when fire came, but they loved the snow and cold. 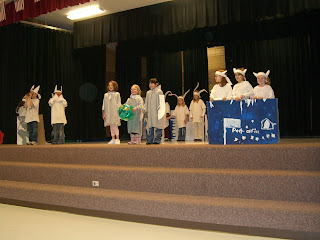 Their were wolves, seals, hare (kirsten), fire breathing dragons, polar bears (fishing poles) and fox. Kirsten and two others (Celeste and Brooklyn) would sing "we love to burrow, dig, dig hop." It was pretty impressive and cute! You did a great job Kirsten! 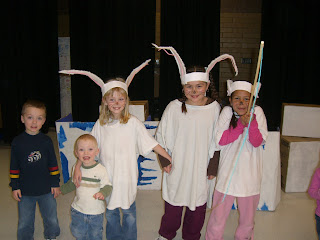 After the performance we got a few pictures of the cast and the extras. Zach, Caleb, Kirsten, Celeste, and Natasha. 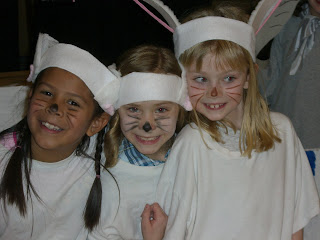 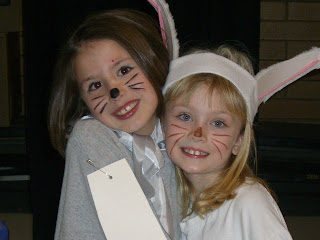 Aleena and Kirsten!
Posted by kathryn at 9:21 AM