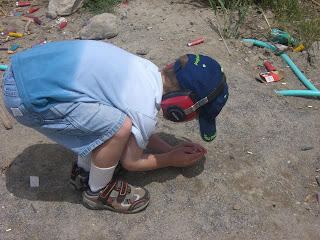 One of the traditions and hobbies of the Gale men is shooting. I was thinking about borrowing one of David's guns while he is one his mission, although even after learning how to shoot many and clean them, I still want more knowledge before I'll feel comfortable having it in my home. We took Zach to the shooting range this time. While we were setting up, Zach was busy catching butterflies. He wants to be like the big boys, but I like his innocent interests. 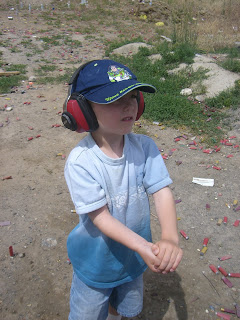 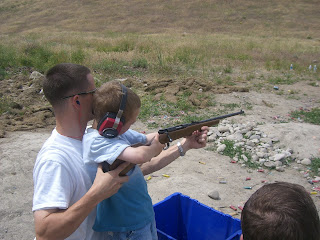 Uncle Mike took Zach under his wing and showed him how to aim, hold and fire. 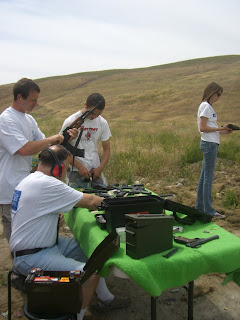 One of the tables with the variety of guns and ammo. Dad, Mike, Spencer, Chris, Melissa, David, Joe, Nathan, Me, and Joe all came for the affair. 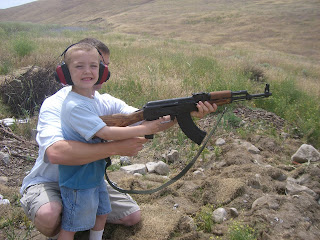 Zach shooting another gun with uncle Chris. "Look at me mom, I'm a big kid now." He was so excited to be included. 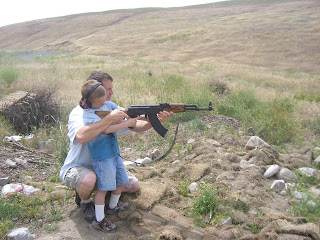 Chris is reminding him to line the target up... 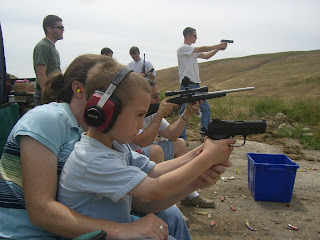 Trying yet another gun...he is getting good at aiming now. This gun has less of a backfire. 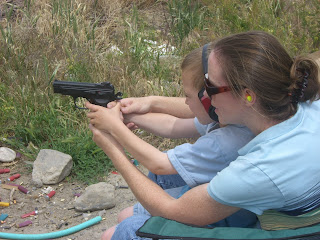 Not the ordinary mom and son activity, but we had a BLAST! 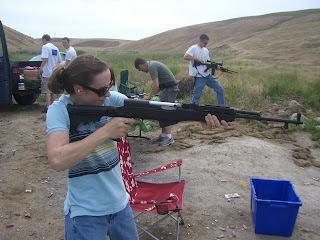 This gun had huge bullets and packed a punch. Zach got mad because I shot up all his milk carton targets. It was so much fun! 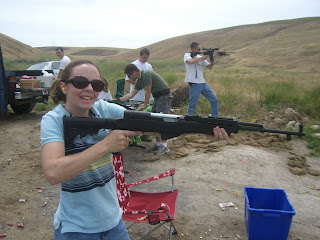 I was pretty pleased that I actually could hit the target I was aiming for. Usually I shot just below the target. Spencer,(he is a security guard and packs regularly) said that was pretty normal because I was bracing myself for the backfire. Practice definatly helped. 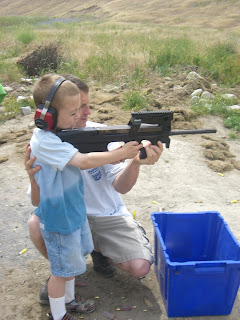 Another gun for trying out with the help of uncle Chris. Notice how he is bracing Zach's back for the backfire so he doesn't get knocked down...I'm not jocking. Some of these guns are really powerful. 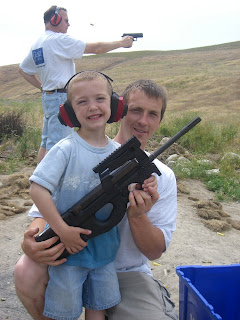 Does he look like he is having fun yet? 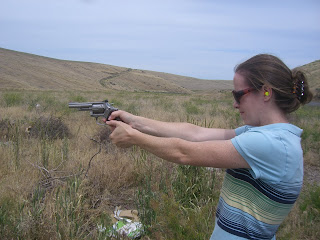 This was nathan's favorite gun. I liked the black 9mm glock best...I think anyway. I had a hard time keeping all the guns and names straight! Thanks boys for the gun fun!
Posted by kathryn at 12:11 PM