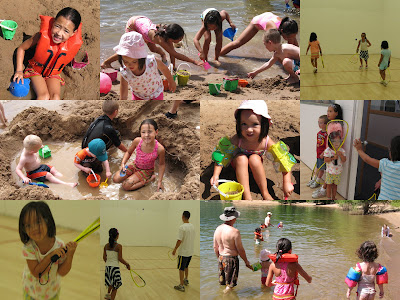 We also spent a few days on the beaches at a nearby reservoir. The kids took rides on the tubes and the guys took turns pulling or riding the 2nd jet ski on their own. Found out that according to the rules of jet skiing...we should have only been pulling one person in the tube at a time...You can see in the below pic...top right pic...that we have a rider on the jet ski and two tubes being towed with two kids each...BIG NO NO...HUGE FINE!! 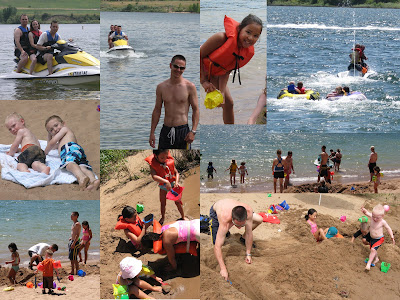 Everyone enjoyed the sun and sand. The kids (and dads) had fun digging out a huge hole...One morning Grandma located someone who was willing to give all the grandkids rides on their horse for a very reasonable fee. Grandpa was a great sport, especially in the pool... 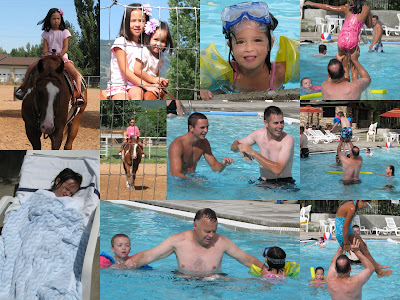 We had gobs of fun playing games, some nights may have been a bit too gaseous, but overall a great laugh!! The girls also enjoyed showing their cousins different things to make with oragami paper. Even Mike & Chris had fun folding away. 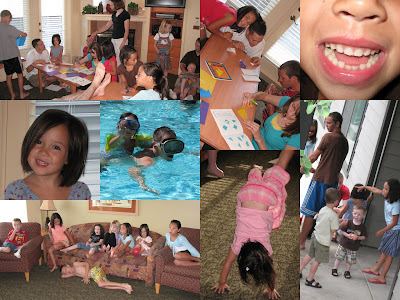 Grandma also had several fun projects that the grandkids worked on. Stenciling and thumb-printing a pillow case, gem butterflies, flower clips, and a magnetic family board. One afternoon, after a game of Phase 10 & eating through 1/2 a jug of Jelly Bellys, we gathered the kids together to "feed" them the "discarded, questionable tasting" jellys...perhaps that was a mean prank to play on them... 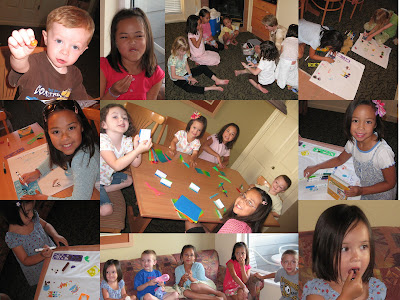 One night we had a fun game of family jeopordy and learned many new facts about each other. One discovery that night was that Nathan's belly could be "inflated" to be as large as Lisa's preg. belly!! 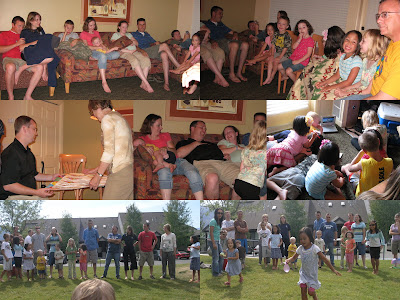 We spent an afternoon competing in family relays and water balloon games. Learned that David can tie water balloons fast but not faster than using them all up in a water fight. Everyone was a great sport and I know the kids had fun!! 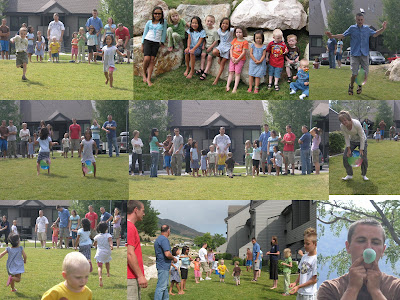 Until next year!! Oregon Coast here we come!!
Posted by kathryn at 3:06 PM